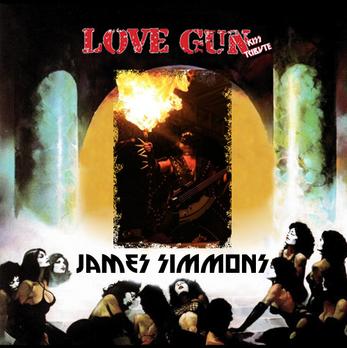 "I remember as a child in the seventies being fascinated by KISS. I would spend countless hours drawing the KISS logo in an attempt to do it justice. More recently, my interest in KISS has been rejuvenated after learning my childhood friend leads a double life as James Simmons! After attending a LOVE GUN show I was hooked. I began helping out where I could and was soon asked to become an official crew member. I am proud to be part of such a great group of people giving their all to provide a quality live KISS experience."

"If I could travel back in time to only one day in the past, I would go back to a day in the summer of 1977. That is when I first saw KISS. The "Love Gun" album had just been released and KISS was on tour. I was completely awed by what I had just seen and heard. The flames were so tall I could feel the heat even from 20 rows back. Girls all around me were screaming as Gene stalked the stage. Ace's guitar seemed to explode in a cloud of smoke. Peter was thundering on the drums. Paul Stanley became my hero as he was the best of Led Zeppelin, Aerosmith and Alice Cooper all in body. I want each and every person that sees LOVE GUN perform to feel just the same as I did back in 1977. I want everyone to experience the rush of being sweaty, ears ringing, hair full of confetti, covered in stage blood and catching a "LOVE GUN" guitar pick in their hands! We have cut no corners putting this tribute band together. We have worked on the details and rehearsed long hours to bring you the very best. LOVE GUN began as just a dream many, many years ago. Now, through our passion and dedication we bring you LOVE GUN!" 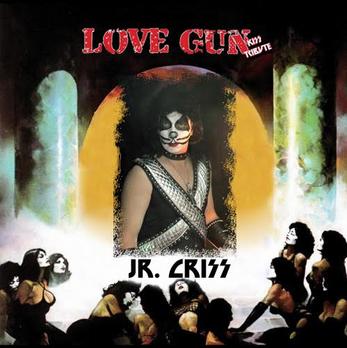 "Once upon a time (circa 1978), there was this little kid watching TV one afternoon...a little kid absolutely mesmerized by what he saw and heard coming through the television set. He watched in wide-eyed amazement as four masked musicians delivered a sonic and visual assault on the senses unlike anything he had ever experienced before. Was it rock & roll? Was it science fiction? Was it horror? Was it fantasy? It was all this and more. It was KISS, and it was the coolest thing I had ever seen. To say that KISS had an impact on me would definitely be an understatement. They were the reason I developed an interest in music early on, and they continue to inspire me to this day. Though I've always been a guitarist in bands I've played in, I always thought it would be a lot of fun to play "Gene" in a KISS tribute act. Just when I figured it probably wasn't much more than a pipe dream, I saw LOVE GUN's ad searching for a bassist. I knew it was time to pick up the bass. I knew I had to call the number. After a fortuitous meeting and audition with the band, I am happy to call LOVE GUN home. What can an audience expect from a LOVE GUN show? The same thing that drew me to KISS all those years ago. Fun and pure escapist entertainment for anyone hungry for KISS. Could LOVE GUN possibly have an ulterior motive? Absolutely. Call it selfish, but we do this for ourselves too! This is for all the KISS fans. There is a kinship among KISS fans unlike that of any other group. We're all in this together, so come celebrate the KISS legacy with us. LOVE GUN wants you...see you at the show!" 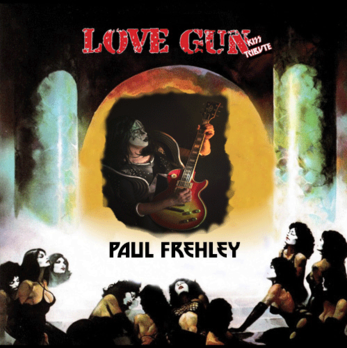 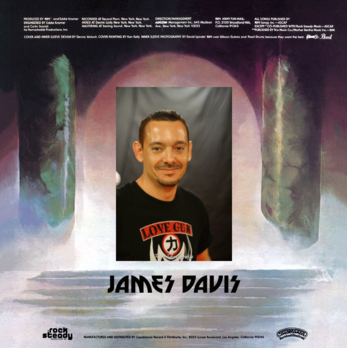 "I got my first exposure to KISS with 1979's Dynasty album listening to "I was made for Lovin' you". I then watched numerous TV appearances and read KISS comic books. My dream was to be a rock star like Paul Stanley. Fast forward to 1996 in New Orleans, I got to watch the original line-up perform on the Reunion Tour. I was hooked on the incredible stage show. So, when LOVE GUN asked me to help work behind the scenes I couldn't resist. Working with LOVE GUN has been a dream come true."

The Biggest, Loudest, and
BEST Tribute to KISS...Period! 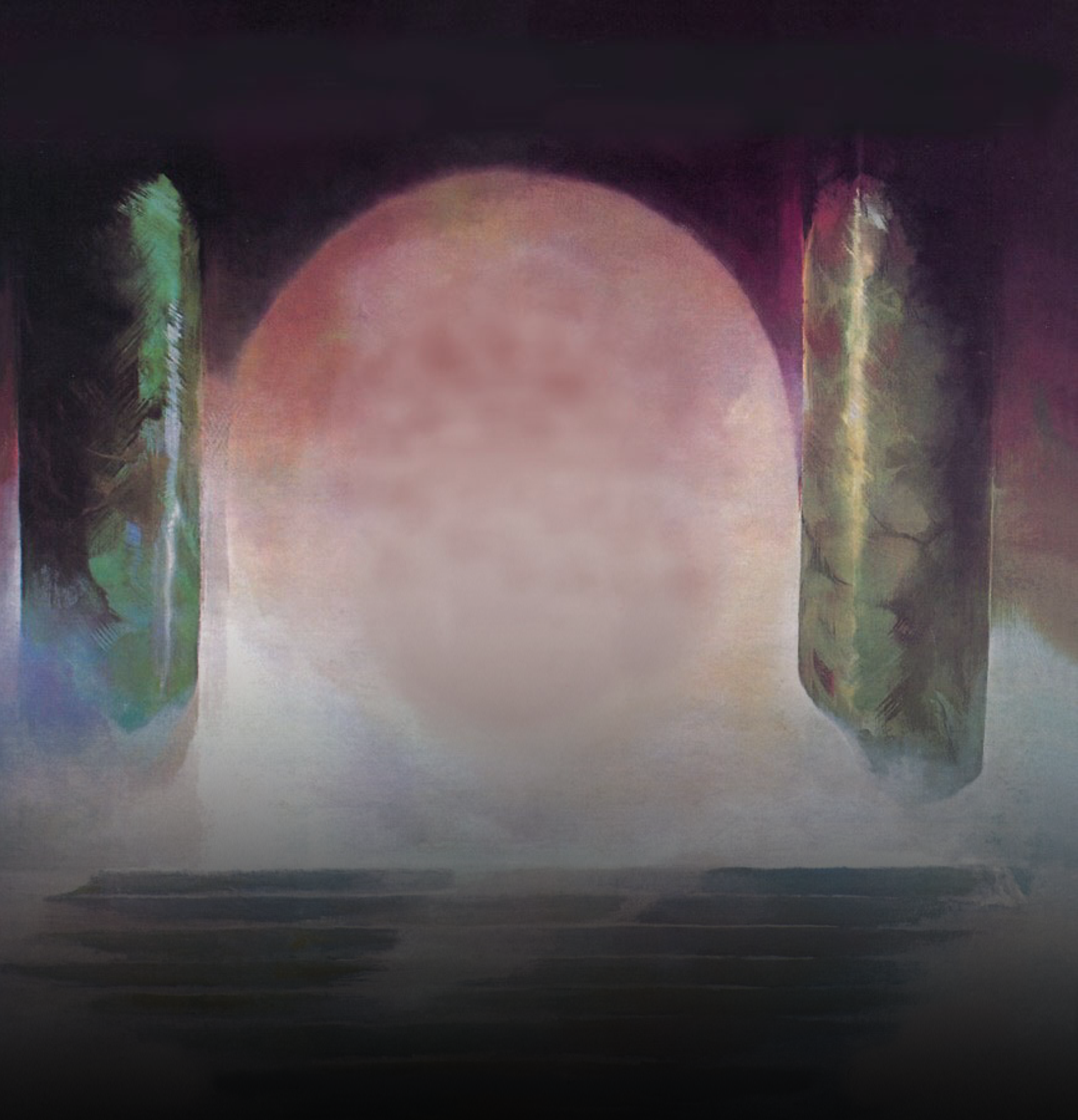 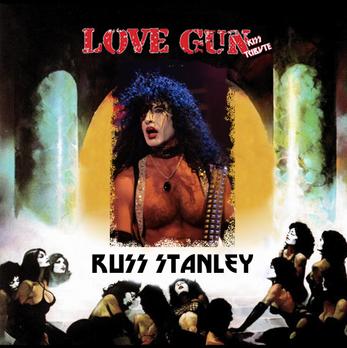 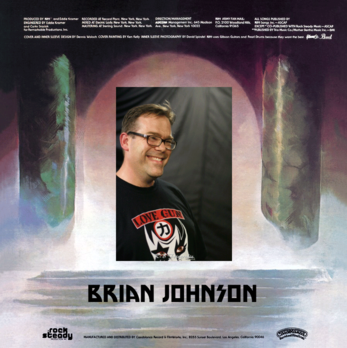 "I am what the other guys in the band refer to as a casual KISS fan. To me, KISS was just that band from the 70's that wore makeup. I really didn't start paying any attention to music until the 80's when I started on the drums. Sure I had played KISS songs in cover bands, but since joining LOVE GUN I am discovering just how brutal KISS was. Ironically, Peter Criss was a huge influence on most of the drummers that I looked up to in the eighties. Now I worship at the altar of Peter Criss. His book 'From Makeup to Breakup' is my bible. My name in the band is Junior Criss so I can carry on the moniker. Peter Criss provided the heart and soul of KISS in the seventies and their impact from then is still alive today. Portraying the iconic figures of KISS in full costume and makeup is a new experience for me in my musical career. When we step up on that stage, its because we wanted the best and we are the best...'you pull the trigger of my Looove, Love Guunnnn!!!!!!' "

"I was born with a guitar in my hand, much to the chagrin of my mother, and I grew to live and breathe hard rock, also to the chagrin of my mother. I didn't start out as a KISS fan, but after plowing through KISS's extensive catalog I was continually blown away by their musicianship, and the guitar pyrotechnics of Ace Frehley. From kill switch effects to finger-tapping, Ace pioneered many effects that players like Eddy Van Halen and Dimebag Darrell would later copy. All my influences worshiped Ace, and I see why. Graduating from the University of West Florida with a degree in classical guitar performance, I immediately sought to play as much live music as I could to make use of my thousands of dollars in tuition. I found that my favorite music to play was good old head banging riff based rock, but I also had a penchant for theatrics and performance. When I was asked to join LOVE GUN, I knew my passions were about to collide in an explosion of classic rock awesomeness. I can't wait to see you at a show! Hold those lighters high!"​